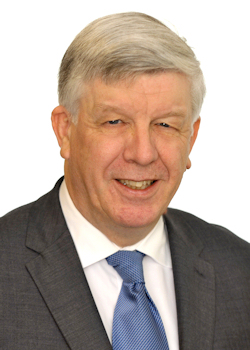 Christopher has forty years experience in general chancery and commercial practice following his graduation from Cambridge with a starred first. Throughout his years in practice there has been an emphasis on drafting and tackling complex issues. He enjoys the research and analysis required for such matters but endeavours to provide his work speedily within the time limits imposed by the commercial needs of the professional and lay clients.

A significant portion of his practice has always been focused on property in which subject he is a specialist. He advises on difficult points, the structuring of transactions and preparing drafts. In recent years transactions involving overage and planning promotion agreements have played a greater role. The spectrum of transactions he is instructed on run from large scale residential and shopping developments to single dwellings or offices. Clients range from large scale developers, niche builders and local authorities to individual householders. In addition he acts in contentious property matters including disputes over easements, restrictive covenants, enforcement of charges and guarantees, leases and sales of land

The nature of the transactions dealt with in his practice is not limited exclusively to property matters but ranges much wider in the commercial field. It includes drafting distribution agreements and agreements for sale and purchase of shares. On the contentious side it includes matters such as disputes over the sale of companies bringing in issues such as the enforcement of guarantees.

As a general chancery practitioner Christopher’s practice includes trusts, wills, charities, professional negligence, partnership and company. He acts in such matters in contentious and non-contentious cases. In recent years on the contentious side he has increasingly acted in disputes over religious centres.

Christopher has a particular expertise in the Community Infrastructure Levy which fits in with his general advisory work on behalf of developers and authorities. As well as advisory work Christopher appeared in the Planning Court for the successful authority in the first judicial review case on the operation of the CIL regime – R (oao Hourhope Limited v Shropshire CC [2015] EWHC 518 (Admin).

Drafting and advising on complex issues or arrangements is relished with an eye for the commercial objective. Litigation is undertaken but always taking account of the commercial consequences.

Meeting clients’ deadlines is uppermost whilst still ensuring the all important attention to detail.